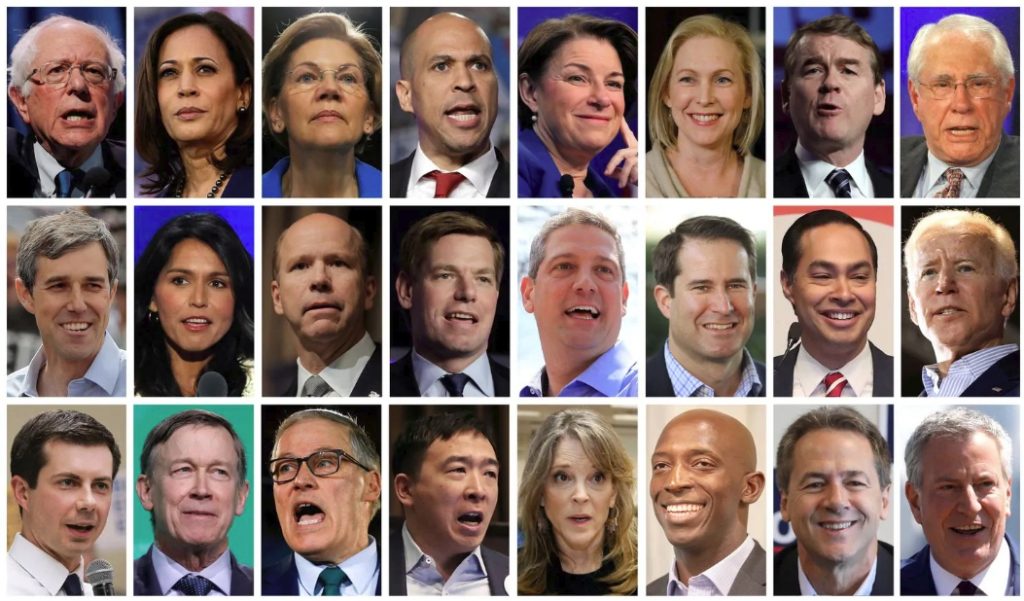 I’m always confused with this statement, what part of America should be great again? The statement itself implies that “greatness” actually occurred at least once, albeit in the past, but doesn’t really clarify what we’re trying to accomplish. We had less technology in the past, but I’m sure we all don’t want to ditch our flat screen televisions and go back to a twenty-one inch cathode ray tube. Technology also gave us lots of advancements in medicine, and we’re fighting disease better than ever before. Cars are nicer too… and what about Alexa? Do we really want to start using light switches again? Isn’t that so 1900? So yeah it must be something else. So what part of America, and when, does this campaign slogan refer to? Has anyone ever really asked?

In 1492, Columbus sailed the ocean blue and discovered the new world. Not too long afterwards, the indigenous people of this land began to die from newly introduced diseases, and those that survived, were forced to covert to Christianity. Those that refused were killed, tortured, or a combination of both. Entire civilizations and cultures were wiped off the map, and any that remained were scrubbed of reminders which connected them to their past. Most of the Mayan texts written in “glyphs”, were destroyed because they looked like satanic drawings according to a Catholic Priest named Diego de Landa. All but three remain, however he succeeded to the point where the knowledge to understand and interpret these writings were lost until just recently. So yeah, the beginnings of the America’s weren’t the greatest. Okay so let’s move on and continue our search for the “great” part.

The Declaration of Independence gets signed in 1776 and our country is off to a brave new start. The thirteen colonies begin to build the greatest nation in the world using… slave labor. So not such a great time either. African slaves were a huge commodity, and according to teachhistory.org, as much as twenty percent of the population during the American Revolution was African American. The White House itself was built with slave labor and in some states such as South Carolina, the amount of slaves outnumbered whites. Thankfully the horrors of slavery were recognized by many, including Abraham Lincoln, and the abolitionist movement gained momentum. Not so great was that much of our country thought we should keep slavery going strong, and we went to war over it. Hundreds of thousands of people died defending the right to keep human beings as slaves… a scary thought.

As we continue to look through history we come upon the days of the American Pioneer. This was the time of Conestoga wagons and brave souls eager to build our nation into something… great. So this must be it! This is when America was great! Oh wait, there’s one small problem… Native Americans. Yes, the glorified days of “cowboys and Indians” was really a genocide in progress. Having been pushed further and further west, the native populations that survived first contact were being brutally slaughtered and pushed into reservations. This kept occurring until the very last were all rounded up and forced off their lands. Okay so maybe this isn’t the great America we’re looking for, maybe it’s somewhere else.

Let’s move past this… ah yes, finally I think this is it. It’s 1969 and the first man lands on the moon and he’s American and our country is truly great. That must be the “great again“… it most definitely has to be. I knew beehives and flattop hair styles were coming back, but I didn’t know this was the reason. Yes… let’s all make this time, the time of the giant “leap” of mankind… the great time, and we’ll all be one happy family again. Unless of course you’re black. Martin Luther King Jr. had been shot only a year before and there were still bathrooms labeled “whites only.” Elizabeth Ann Thompson from progressive.org wrote that even after Brown vs The Board of Education, she was attending segregated schools 12 years later. To this day, racism is alive and well in this nation, something that many, including myself, thought was finally coming to an end with the election of Barack Obama as president. So unfortunately for us as a nation, this wasn’t such a great time for all people… although we were working hard at it.

As we continue to move closer to the present day, perhaps we’ll find our “great” period that we’re trying so hard to get back to again. We’re in the 1980’s and we have a reusable space craft called the space shuttle and things are looking up. However, there’s a disease that’s mysteriously killing off a very select group of people in our nation, most of which are homosexual. The disease ravages the human immune system and people die slowly as the body’s ability to fight off the slightest infection is destroyed. The disease is easy to spot in the later stages, as mostly gay men begin to waste away and develop skin lesions all over their body. The cause for this disease is unknown and extremely scary, so much so that mass graves exist to this day where bodies were carelessly disposed, since funeral homes refused to work with infected corpses. It was labeled acquired immune deficiency syndrome or AIDS, and along with it came a huge stigma…. world wide. The religious right boasted that AIDS was a punishment from God, something that even today is repeated by those that claim to be persons of faith and preach the unconditional love of Christ. Homophobia was at an all time high in the 80’s thanks to AIDS, and the future didn’t look so good for millions of LGBTQ Americans across the country. So much for the 80’s being the target for “great again.”

I kept trying to find the “great” in America and it was tough. There are so many countless examples of how this country has screwed its own citizens over or even experimented on them. We have intentionally infected black men with syphilis, detonated atomic weapons just outside of populated areas, given massive corporations the ability to poison our water and our air… so when WAS America great?

And then I realized it.

America being great isn’t some ideology or even some time… on the contrary it’s about people. It’s about the people that saw what was wrong with the way we were thinking and put everything on the line to change it. That’s what makes America great. It’s about Rosa Parks refusing to take a seat in the back of the bus, or Madame CJ Walker starting her own line of cosmetics and becoming the first female millionaire despite racial inequality. It’s about men forming a group called “ACT UP” to raise awareness about AIDS. It’s about the courage of people to march and be heard. It’s about the countless men, women and children that crossed oceans to call America home with nothing in their pockets but a dream… many of whom we call our grandparents. It’s about the men and women that gave their lives to confront fascism and keep our nation free. It’s about how we have overcome darkness and continue to move towards the light in countless ways. That’s what makes America great and if you want to make it great… again, then open your window and look outside because it’s here and it’s now. People make America great, especially the ones that have worked hard to overcome our dark history.

It’s easy to become discouraged by watching the news and seeing what’s going on. As I’m writing this, there’s so much non-stop anger and fear out there. However, if you change your perspective, you’ll realize that the absence of anger and fear would indicate we’ve stopped moving toward the light. And that’s not the case. We’re mobilized and we haven’t slowed down in the slightest amount. We have young people with amazing voices spreading a message to end gun violence. Right now, there’s over twenty Democratic presidential candidates and they include six women, a gay man, people of color and multiple ethnicities! How GREAT is that? We have followers of the Islamic faith elected to public office and there’s so many of us screaming “NO KIDS IN CAGES!!!” Now that’s great!!!!! And how great is it that so many are upset about current environmental policies and the numbers of people that are talking about climate change? It’s unbelievable!

America being great isn’t some ideology… on the contrary it’s about people. It’s about the people that saw what was wrong with the way we were thinking and put everything on the line to change it.

The slogan “Make America Great Again” is really about going back to outdated ideologies and dark times. No matter how strong our military or how good our economy is, if we can’t strive for equal rights and safety for all, regardless of the many different attributes that make us unique, then we’re not even near greatness. If you think referring to the days where opportunity and rights were basically only for straight white men, then your goal has nothing to do with making America great again, it’s about pulling it backwards. The truth is, everyone who’s ever fought to overcome those kinds of ideologies and practices… they are the great ones. They are the reason we were always great and always will be. And there’s more of them now than ever… that’s why there’s so much noise. It’s actually a really good thing, silence would mean death to our democracy as we know it. As long as we continue to push the envelope and bring the darkness into the light, we will win and our nation will thrive.

Keep fighting the good fight. We owe it to the many that paved the way before us.